The World’s Best Airports for Families

Frequent air travellers with children will have noted a quiet revolution taking place over the last few years. The international aviation service industry has finally decided to raise its game with this enormous and previously neglected demographic. Until recently a Burger King and an accessible toilet with a changing table were deemed sufficient for harassed parents facing long journeys. Now, however, there are many airports which deserve high praise for introducing state of the art amenities for kids, from Playstations to prams, labyrinths to Lego.

The busiest airport in the world by international passenger numbers, London Heathrow, has finally caught up with the times in terms of its family offering. Amongst the fantastic new facilities that Heathrow has created for children, there are play areas in every terminal and a dedicated family lounge.

The major London airports are particularly adept at servicing parents who are willing to pay for a bit of full respite while they shop and eat. Supervised play clubs at Heathrow include the Jetterz Kids Club in Terminal 3 and the Terminal 4 KLM Holideck Family Lounge. The Holideck has great views of the impressive Heathrow Airfield from its “Flightdeck”, while Jetterz has as many toys, video games and TV facilities as most five star hotels’ kids’ clubs.

Over at London Gatwick, there are free kids’ zones in the departure lounges, but also the jewel of the North Terminal, the No.1 Traveller Super-Lounge. Living up to its names, in addition to the games room and computer entertainment you might expect, there is a whole mini cinema and food and drink are included in the admission rate. Children under two are admitted for free.

Families travelling via Zurich for their ski trip can rest assured that the little ones will be entertained en route. Completely free to all airport passengers, Zurich has two family services facilities in different departure areas. In addition to essentials like baby care products and a kitchenette for heating milk and food, there are rooms for sleeping, huge play areas and multi-lingual qualified staff. An unusually well-thought through range of attractions for different ages includes blocks and trucks for toddlers, a craft workshop, a football table and Playstation games. 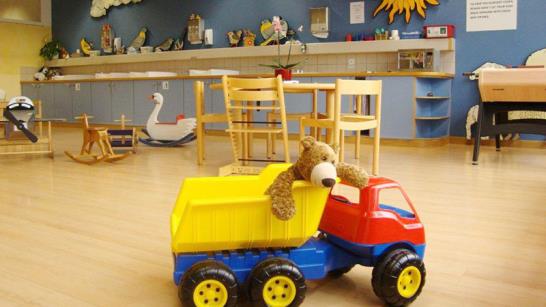 Vienna’s main international airport, Flughafen Wien, has the distinction of its very own “family fun gate”. What is essentially a fabulous soft play only opened in March 2014 but has already proved to be wildly popular. It’s open 24/7, free of charge, and boasts a climbing wall, a maze, two slides and break out play areas. Vienna is also one of those tremendously helpful airports which offer free pram rentals for families who have checked in their pushchairs and don’t want to struggle with their babe in arms all the way to baggage reclaim.

Paris CDG Airport has brilliant amusement arcades and pool tables for teens for a minimal charge. For smaller travellers, five Gulli playzones are dispersed across the airport, with TV lounges to chill out in, ball pits, labyrinths, exploration tunnels, funfair mirrors and interactive maps.

It’s not just European airports that are radically changing the way that they serve families. San Francisco Airport’s facilities are almost unbeatable internationally. There’s a whole Aviation Museum and Library to explore, fun Kid’s Spots in two different terminals, DVD players and film rentals at InMotion Entertainment and the thrill of a ride on the AirTrain. A highlight of the Kid’s Spots is the Plasma Wall, which makes clever use of light, colour and sound to entertain. The dining options for little ones are immense, with bespoke children’s menus at everywhere from the Lark Creek Grill to WAKABA, and every type of cuisine represented from gourmet soups to Mexican food.

Once one of the worst offenders for a lack of any children’s facilities, Los Angeles International Airport, is now one of the best. Just in time for Christmas 2013, LAX Beach opened, a play space for two to eight year olds drawing nicely upon the Californian vibe with foam surfboards, dolphins and beach toys. For older kids on with time to kill between flights, the nearby Flight Path Learning Center of Southern California offers a great introduction to aviation history.

This very welcome trend is one that looks set to continue, and as a way of letting both children and their carers burn off energy, boredom and tension before a long flight, it benefits not just families but absolutely everyone boarding international flights.