Blue Flag beaches, white-washed villages, slow life, great food, welcoming locals and over 200 days a year of sunshine is what attracted me and my husband to Puglia, the “heel of Italy”, some ten years ago.

Once Italy’s best kept secret, the region has enjoyed a surge in tourism in recent years, to be attributed greatly to celebrity weddings, Hollywood actors purchasing run down Masserie and a very prominent international marketing campaign run by the Region of Puglia across Europe.

Once snubbed by discerning travellers in favour of more glitzy destinations such as Capri and Sardinia’s Emerald Coast or for the “Chiantishire”, Puglia has revealed its cultural and historic heritage and natural beauties becoming this year’s hot spot destination. 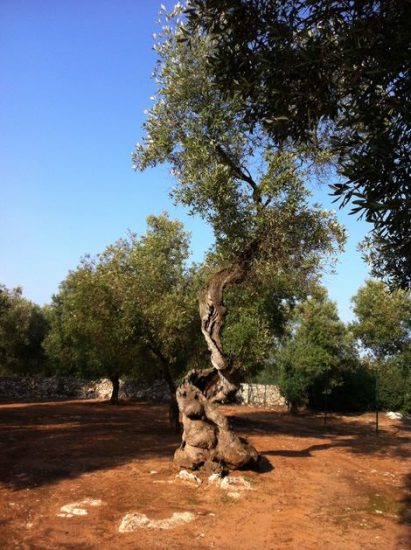 The olive tree. A true symbol of Puglia.

If you are still unfamiliar with Puglia, here are my top ten reasons why Puglia should be in your bucket list.
1 Blue Flag beaches
With over 800 kilometres of coastline, both rocky and sandy, Puglia offers visitors plenty of spots to sunbathe and swim. Puglia has been awarded this year with no less than 11 Blue Flags, a testimony to the region’s commitment to its environment. Crystal clear waters, sandy beaches, lagoons, grottoes, coves and underwater marine life surround the peninsula. Just take a boat out to sea and discover unspoilt, wonderful corners. 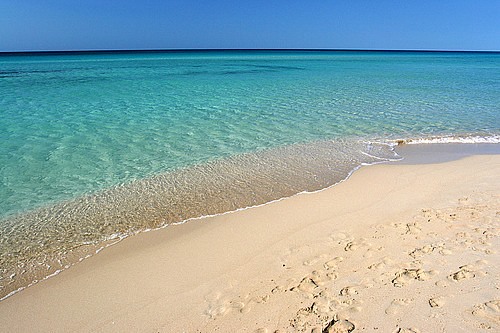 2 Food and Wine
This subject deserves a blog post of its own and I have indeed written at lengths about Puglia’s culinary delights and gastronomical experiences. From “orecchiette pasta’ to “tarallini, from “pasticciotti” to “spaghetti ai ricci di mare”. Authentic, locally-sourced ingredients are prepared with great simplicity and yet resulting in a provocation of all senses. Puglia is also the largest Italian producer of red wine, such as the Negroamaro, and extra virgin olive oil.

3 Sunshine
Puglia enjoys over 200 days of pure sunshine a year. The most pleasant seasons to visit the area are Spring and Autumn, when beaches are deserted and you can easily stroll through the small alleyways of Gallipoli or Otranto. if you are lucky, you can still dip in the water well into November.

4 Slow living
If you need a break from your erratic life, then head to Puglia, for authentic experiences, slow-paced villages, back-to-nature living, farm-to-table eating, small family run business and simplicity. If you are looking for a Starbucks lifestyle, you will be disappointed. As soon as you step out of the plane, just change gears and take a siesta in the afternoon!

5 History
Puglia is not just beaches and sunshine. Those interested in sightseeing and culture, will be pleasantly surprised by its prehistoric ruins and UNESCO sites such as Castel Del Monte, or the fortified town of Otranto, the capital of Baroque – Lecce- , medieval towns such as Trani, Alberobello with its unique Trulli, the white-washed town of Ostuni – also known as “The White City”, Grottaglie and its hand-made potteries, more churches and cathedrals.
Much of its historic Greek heritage is still present in many areas of the Salento region, where a dialect deriving from ancient Greek is still widely spoken. 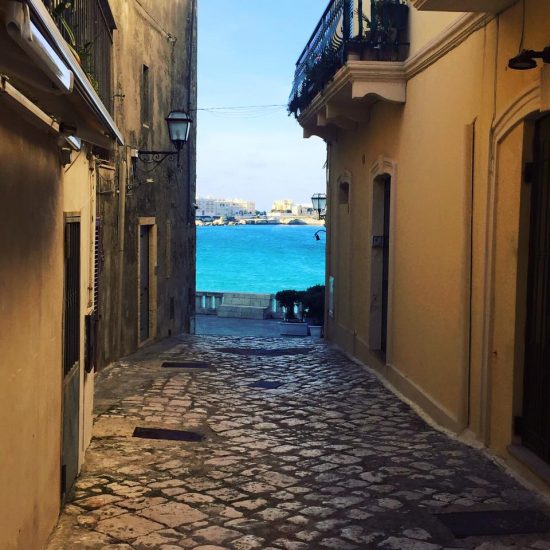 6 Sleeping in a Masseria or Trullo
The term “Masseria” literally means ‘fortified farmhouse” , which was built and designed to be self-sustained. Authentic, run down masserie have been recently salvaged and transformed into luxury boutique hotels and holiday rentals , whilst still preserving much of its architecture, its authentic Salentino style and still producing own vegetables, oil or wine.

The term “Trullo” means a small round dry stone hut with a conical roof. Their style of construction is specific to the Itria ValleyTrulli generally were built as temporary field shelters and storehouses or, as permanent dwellings by small land owners or agricultural workers. The most famous concentration of “trulli’ is in the ever popular town of Alberobello, well worth a visit.

Puglia is not Milan, so you won’t find Pradas and Armanis here, however, there are some artefacts and artisanal products worth taking back home such as pottery from Grottaglie, papier-mâché puppets, linen from Society in Lecce or Tessitura Giaquinto in Otranto, bikini from Simonetta Starace.

8 Welcoming people
Apulian people are among the friendliest and warmest in Italy. Families with kids will find an accommodating environment and everyone will feel welcome.

9 Town festivals
The list of town festivals, fairs, costumed events, historical parades, folk cerimonies, religious processions is very rich. All year round, in various towns, you can partake in local activities from the Octopus festival to the Procession of Hooded Penitents, from the Swordfish festival to the Papier-mâché fair.

10 Salento Style
A unique style which extends from architecture and interior design to a typical philosophy of life.
Slowly becoming internationally acclaimed – just as the ‘Tuscan Style’- Salento Style is laid-back, humble, rural and simple on the surface, but sophisticated, elegant and aristocratic on the inside.
Congedo publishes some wonderful books about the authentic Salento Style, if you want to find out more.

I hope I have convinced you to explore Puglia. Once you do, please share with us your ten reasons to visit Puglia.

PugliaSalentoSalento StyleWe are in Puglia