5 Places Where You Can Experience the Midnight Sun

Now that the summer solstice has passed and summer is officially here, this is the best time to experience the magic of witnessing the midnight sun. This natural phenomenon occurs because at this time of year, the tip of the earth is titled towards the sun. This means that any regions north of the Arctic Circle (latitude 66°) experience a period of uninterrupted sunlight when the sun doesn’t set and there are 24 consecutive hours of sunlight.

The peak period for midnight sun is from the summer solstice (June 21st) until the middle of July. But the further north you go, the longer it lasts: north of the Arctic Circle the sun shines continuously from around May and lasts until as late as August.

While you have to travel north of the Arctic Circle to witness the complete midnight sun, any regions just below it experience very long summer days and a spectacular sunset that lasts for hours, which is an amazing spectacle in itself.

There are two spots in Norway which are popular destinations to observe the midnight sun. The Svalbard Islands are an archipelago and the northernmost region in Europe that is inhabited. Here the sun doesn’t set for four months: from late April to late August! The other popular spot to experience the midnight sun is in Hammerfest, the world’s northernmost town. The sun shines continuously here from May until the end of July. During this period there are many midnight sun cruises organised specially for the many visitors who flock here.

The town of Abisko, in Swedish Lapland, is located in Sweden’s far north. The midnight sun is visible here from the end of May until mid-July, making this a popular tourist destination during this time – as well as and during the winter months when the skies light up with the ‘Northern Lights’.

The Midnight Sun, seen from the Torne River, photo courtesy of Imagebank.Sweden.se

A midnight hike in Abisko National Park or through the mountains at Lapporten with the orange coloured skies as a backdrop is a truly special experience. The nearby town of Kiruna hosts the popular annual Kiruna Festival at the end of June, a non-stop musical celebration of the long summer days. 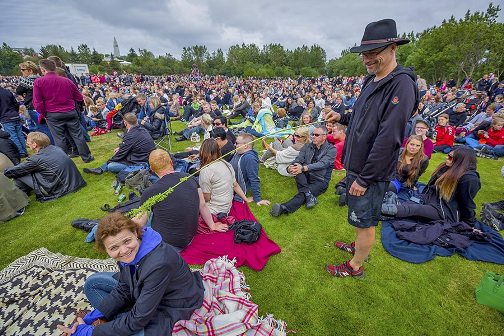 To experience the complete midnight sun however, you have to head further north to the island of Grimsey which lies on the Arctic circle and can be reached by ferry from the town of Dalvik. While the island has a population of only 100 people, the island is also home to one million seabirds, and also has a huge Puffin colony.

Inuvik in Canada’s Northwest Territories is the country’s most northernmost city. During the summer it has 56 days of sunlight, during which the sun never goes down. This is a heaven for birdwatchers as many migratory birds can be seen nesting here during this time. The city’s houses are painted in bright colours to offset the dark and gloomy days of the winter months. Each July the city’s Great Northern Arts Festival showcases a vibrant line-up of performers and visual artists from all over the region. 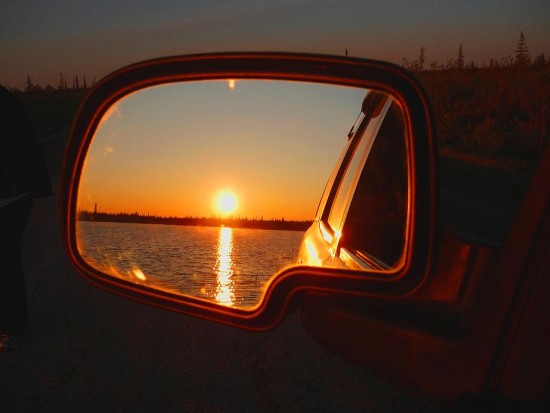 The Faroe Islands lie at 60° latitude, just south of the Arctic Circle, which means they do not experience the complete midnight sun but they do have ‘white nights’ all summer long. This means that for four weeks from the summer solstice, the sun doesn’t go down fully but instead hovers around the horizon. As a result, there are almost no hours of darkness during the months of June and July. Instead, at night there is a prolonged sunset, casting the horizon in spectacular shades of red and yellow, creating a beautiful soft and radiant light which is definitely worth witnessing. 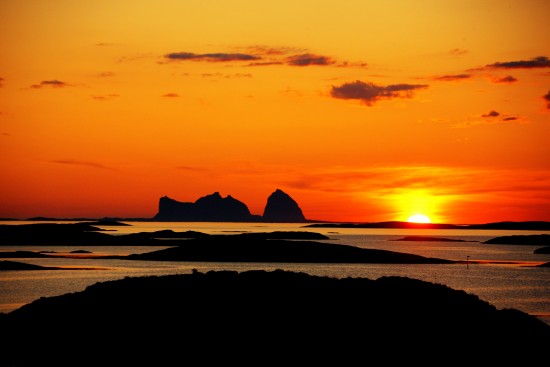