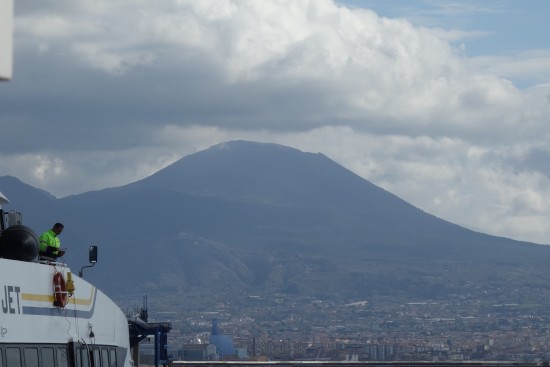 We sailed to Capri from Naples and there was only a very short wait to board a fast boat, and none of us were seasick. I even managed a short sleep, which I was glad about because once we got to Capri I did a lot of walking. The walking is uphill but it is fun because you get some exercise while you keep spotting the sea down below and all the fishing boats. There are plenty of interesting plants and people, cats and dogs to look at too.

Capri looks so pretty from the minute you dock, and there is a winding path which leads between houses up the main square, which is called the Piazzetta. By the time we got to the Al Piccolo Bar we were really glad to have a pastry and a soft drink and take some pictures. 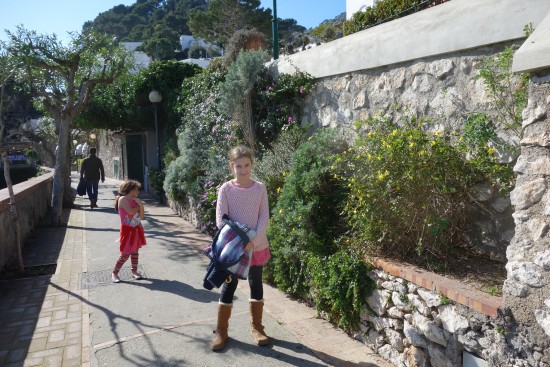 One of the good things to see on Capri is the Punta Carena lighthouse. The lighthouse is nearly 150 years old and there is a good beach, lido and a snack bar called Da Antonio. Before we got back on the boat, there was a pretty pebbled shoreline nearby, which was nice for paddling and collecting stones and fossils.

The train to Pompeii was almost as much of an adventure as the boat to Capri, and it is probably the best way to get to Pompeii from Naples. 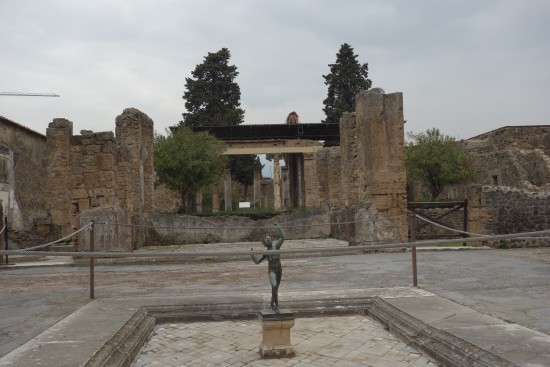 We had learned about Pompeii at school but that is nothing like seeing it in person for the first time. We visited on a very hot day, and it is definitely somewhere you should make sure children have sun cream, sun hats and water, because there can be a long way to walk if you get hungry or over-heated inside it. It is basically a big outdoor museum. I am eleven and I was happy walking around but my six year old sister got a bit tired sometimes and we probably should have brought extra snacks for energy for her. We both thought the Casa della Caccia Antica was really cool, with amazing hunting scene mosaics. The Scavi di Pompeii, a big bathhouse, is also really interesting! 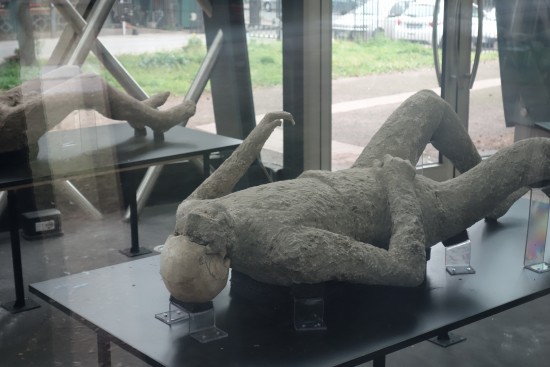 There are two different main ways into Pompeii. Because we walked in near the train station, we came out where there are big glass display rooms with bodies inside. Apparently you used to be able to see lots of bodies lying all over the place where they died in Pompeii, but now the glass rooms are the main place to see the shape of some of those who died, left in ash casts. Seeing the bodies, especially children and animals, is upsetting in a way, but it is important to really understand how terrible and terrifying it must have been to be there during the eruption. 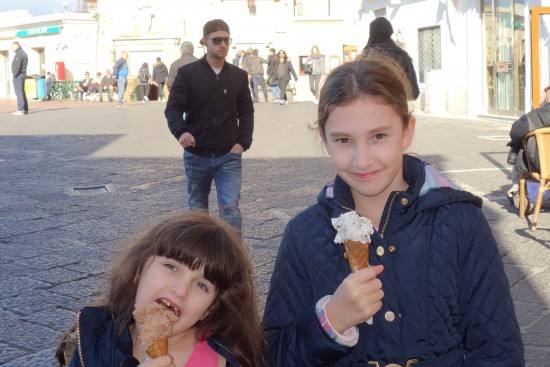 Italian ice-cream. A must try.

A cool thing about Naples, Pompeii and Capri is that you can see the volcano Mount Vesuvius, the one that caused the Pompeii disaster, from so many different places. I couldn’t stop looking at it, or really believe that so many people live so close to a volcano which is still active today. It is easy to miss out on Naples because there is so much else to see, but it is a city with lots of interesting parts to it. Chiaia is a brilliant area to walk around in the day or the night, it is on the water with lots to see and do. It also has some great places to get pizza, like everywhere on the Amalfi Coast!