Puglia (often translated as Apulia in English) has become one of Italy’s most popular tourist destinations in recent years. This beautiful region in Italy’s deep south attracts visitors for its amazing beaches, fabulous regional cuisine  and stunning architecture. Puglia is also known for its excellent wine and is in fact Italy’s biggest producer of wine, with many produced in Salento, the region tucked into the heel of Italy’s ‘boot’.

The Mediterranean climate here of mild winters and hot summers is especially favourable for wine production. There are 25 wines produced here which are labelled DOC – an appellation which guarantees the origin of a certain product, including several varietals which are specific to Puglia. 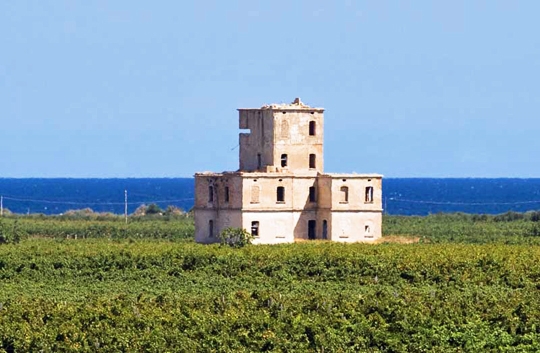 Though Puglia produces whites like Chardonnays and Malvasia, it is especially known for its strong, bull-bodied, deep dark reds, which are high in alcohol content. Here’s a round-up of some of the region’s best known wines:

Meaning ‘black bitter’, this is Puglia’s best known and most important red wine grape. This dark-skinned grape has grown in the region’s vineyards since the 6th century BC. It has an intense red colour and a full, rustic and earthy flavour, and for this reason is often used as a blending wine, but also produced as a 100% varietal wine. Negromaro’s rich flavour means it is best paired with meat dishes, spicy foods, and a typical Puglian dish like Pepperonata, a type of pepper and tomato stew. 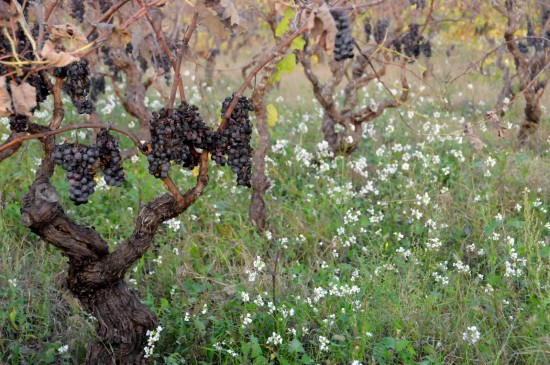 This is perhaps Puglia’s most celebrated wine: it is a deep, dark red made with the Negroamaro grape and the aromatic Malvasia Nera, which create a particularly rich flavour with a medium alcohol content. Salice Salento is named after the town of the same name located near the city of Lecce, and goes particularly well with pasta dishes, stewed meats and cheese.

This wine is produced in the region located near the city of Manduria in Taranto province, just off the Gulf of Taranto, and is made from the Primitivo grape grown in the local soil which is composed of limestone and clay. This grape is usually harvested earlier than others, being ready for picking by late August. The result is a strong, earthy and full-bodied wine with an alcohol content of 14%. Primitivo di Manduria pairs well with many foods, especially with red meat and pasta dishes. There’s also a sweet version with 16% alcohol, served as a dessert wine. 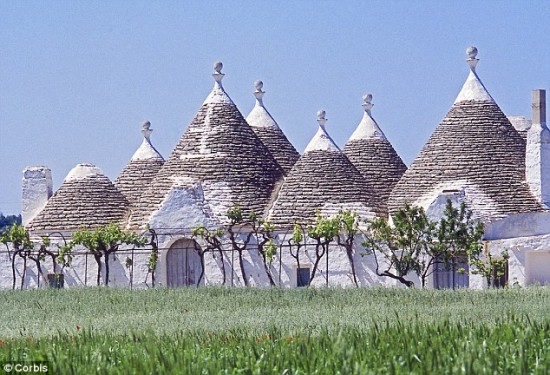 This is another dark and intensely red wine, which is almost black, hence its name, ‘nero’ (the wine was actually renamed from ‘Uva di Troia’). Produced in the region near Troia in the province of Foggia, this wine has its origins in the 13th century but its popularity has emerged only more recently. Less than two decades ago there were only two or three labels available while today there are over 80. This full-bodied wine rich in tannins goes well with aged cheeses, roasted lamb or wild game.

These are only some of Puglia’s many fantastic wines. The best way to discover them is to sample them yourself by exploring the region’s many vineyards and traditional masserias.

Where to stay in Puglia