There are innumerable reasons to visit the vibrant and wonderful South East Asian nation of Cambodia, but choosing just five allows for a showcasing of some of its key attractions.

The first reason, Cambodia’s riches of indigenous rainforest and jungle, is perhaps the most vivid image most will have of the Cambodian landscape. It has been made world famous by Angkor Wat, the vast temple complex evocatively set deep in the Cambodian rainforest. Astonishingly, it is the world’s largest religious monument, and the numbers of those wishing to make their personal pilgrimage to it are still rising steadily. Within the complex, the temple of Ta Prohm has been granted a new form of immortality after its starring role in Tomb Raider. 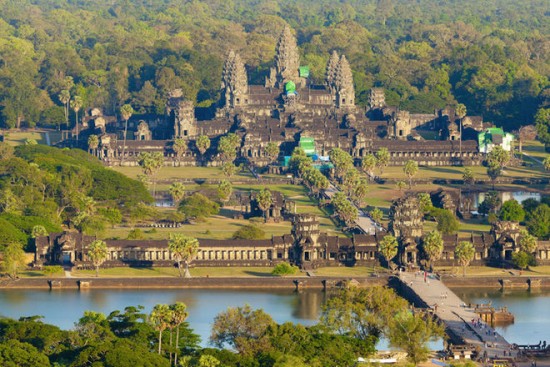 Angkor Wat is not even close to giving up all of its secrets yet. Just this year, cutting edge laser scanning technology revealed many more as yet hidden and unexcavated archaeological sites, including a lost city, once a jewel of the medieval Khmer empire, which may cover a greater area than the modern capital, Phnom Penh. A successful “rewilding” project has ensured that the sounds and sights of animals such as gibbons and silver langurs can once again be enjoyed around the temples.

The second reason is the showcase of nature teeming in the sea, offering an even more impressive plethora of species than the rainforest. Particularly around Sihanouk Ville, Cambodia is blessed with diverse and often unique aquatic life. In addition to a wealth of tropical fish, turtles and dugongs roam. Corner Bay is a popular dive spot from which to view barracuda and batfish. Further afield, the exclusive dive site of Koh Prins offers the chance of spotting whale sharks and marlin.

All wonderful to look at, some of this marine life also contributes to the third reason to visit Cambodia, its memorable cuisine. Prahok Kties is a fascinating local speciality, fermented fish. It forms an important base ingredient in many classic Cambodian dishes. Fish Amok is a delicious type of fish terrine, flavoured with coconut milk and often served wrapped in banana leaves. Grilled marinaded squid can be found served as street food in many coastal towns.

Cambodians have perfected the use of their ultimate dietary staple, rice, in both savoury and sweet cuisine. The distinctive glutinous rice often accompanies luscious tropical fruits. Bai Chha, a much-loved fried rice dish, features pork sausages as well as the copious garlic and complex seasoning which form cornerstones of Cambodian cooking. For the more adventurous, tarantulas and tree ants make unusually regular appearances on Khmer menus. 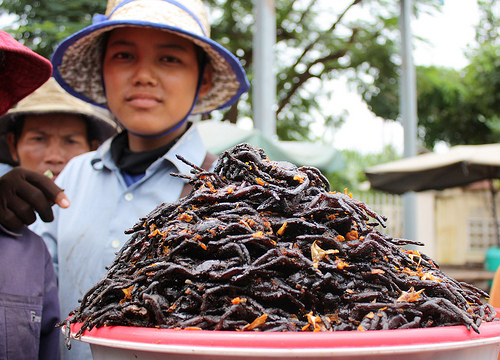 Few visitors would wish to pass through Cambodia without sampling the fourth reason, its world class spas, especially after a hard day’s trekking or diving. The traditional Khmer massage is more focused on pampering and relaxation, attained through a gentle kneading technique, than the vigorous stretching techniques of Thai massages. J’Pong is another ancient local spa ritual, which uses the therapeutic powers of heat and herbal essences to enhance everything from circulation to energy levels.

The fifth reason to visit Cambodia is a lush island paradise which manages to combine all four of the other reasons to visit into one destination. It is Song Saa Island. The resort, recipient of numerous awards, is actually two different islands, Koh Ouen and Koh Bong, which together, and joined by a footbridge, make up Song Saa. 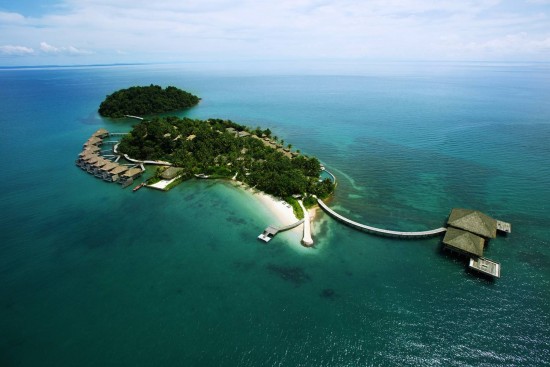 The private cook can expertly prepare local dishes, whilst cookery classes grant the chance of a personal mastery of regional dishes. Song Saa Sanctuaries has a comprehensive range of blissful spa treatments delivered by therapists highly skilled in ancient and modern practices. Sea kayaking and jungle tours provide an easy way in for any age and ability level to begin to enjoy Cambodia’s natural riches, which can also be admired from every window in the resort and the marvellous infinity pool. Song Saa is peerless as both a springboard to, and a sanctuary from, exploration of Cambodia’s many delights. 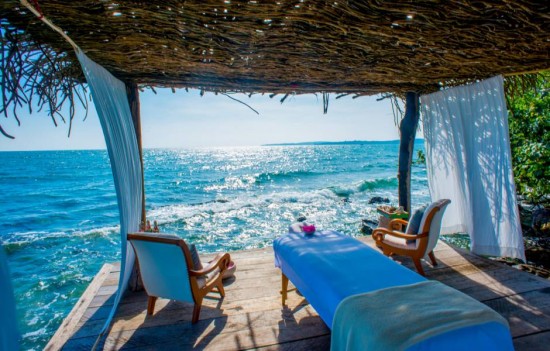