Five Things to do in Wiltshire

Wiltshire is a destination county. With parts in both the Cotswolds and the West Country, it has a unique feel: bucolic, elegant and largely unspoilt. It is home to Britain’s most important ancient historic monument, some of England’s prettiest villages and the grandest of stately homes.

An obvious number one, Stonehenge simply cannot be missed. This iconic, mysterious and spiritual Stone Age site looms dramatically and unforgettably out of the Wiltshire countryside. Sadly, the days of being able to touch the enchanting ring of standing stones are gone, but the visitor experience, managed by English Heritage, is still reliably informative and fun. With its earliest parts dated to over 3,000 years old, it has captivated the imagination since ancient times, the subject of countless legends, and more recently forming inspiration for everything from the tragic end of classic novel Tess of the D’Urbervilles to a hilarious song by Spinal Tap.

Longleat House is a world class attraction which can easily fill an entire day’s excursion. Near the pretty town of Warminster, it is an important survival of the best of Elizabethan architecture. In addition to the stunning house itself, there are the beautiful, enormous grounds, landscaped by revered gardener Capability Brown. Not only the first stately home to open its doors to the public, it was also the home of Britain’s first safari park, which remains open today and houses a spectacular array of animals. In the hands of the same family since its sixteenth century construction, the current, famously eccentric Marquis of Bath still calls it home. 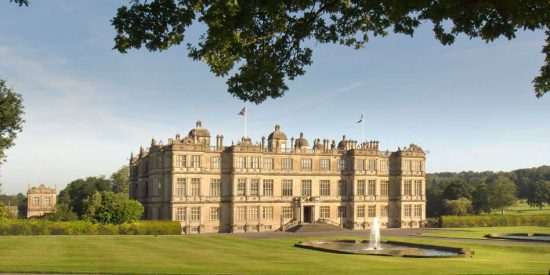 Third on the mandatory to-do list is National Trust property Stourhead. It has all the grandeur of Longleat, with a gorgeous Palladian mansion at its heart, and equally beautiful gardens and parkland, but also its own set of unique charms. Peacocks roam the grounds, which are dotted with memorable follies and neoclassical features including the Pantheon and the Grotto. Antiques buffs will appreciate Stourhead’s priceless Regency library, Axminster carpets, Chippendale furniture and portraiture. 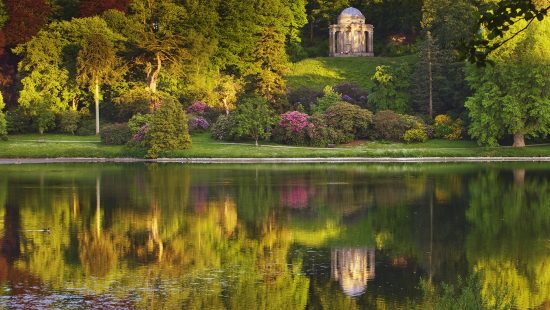 The Temple of Apollo reflected in the lake at Stourhead, Wiltshire, in May. Image courtesy of National Trust

A fourth Wiltshire highlight is walking. From the Wessex Ridgeway to the Avon Valley Path, there are just so many unforgettable walks through impossibly picturesque woods, fields and waterways. The Kennet & Avon Canal offers an easy amble dotted with tea shops and cosy pubs. An invigorating hike up Bratton Hill offers views of the famous chalk Westbury White Horse and an iron age fort. For a more urban take, there is a route following the River Avon all around the historic town of Malmesbury, including hidden gems such as St Aldhem’s Mead and the Abbey House Gardens. 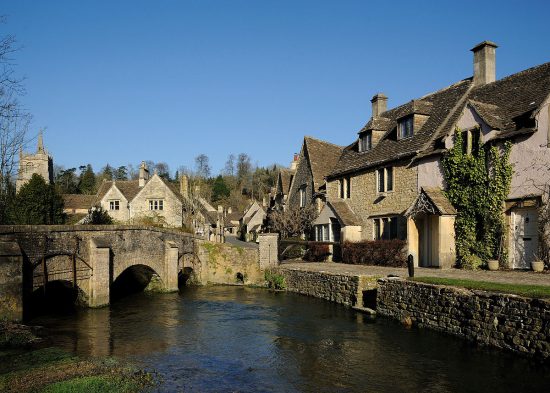 Fifth on the list, much like Stonehenge, no visit to Wiltshire is complete without a trip to Castle Combe, which offers Smurf village levels of quaint cuteness, with two pubs and fantastic souvenir shopping for breaks between all the photo opportunities. Its rustic perfection has encouraged many artists to move in. Traffic is discouraged, adding to the sense of a fairy tale place untouched by modern life. The same magical illusion lies at the heart of many Wiltshire experiences, and lingers in the memory long after.

4 bedrooms, sleeps up to 8 people.