Like many other Greek islands, lovely Mykonos is steeped in legend. Even its name is evocative, as it is taken from its first ruler Mykons, believed to be a direct descendant of the god Apollo. Mykonos is mentioned in Greek myth as the site of the epic battle between Zeus and the Titans, as well as the place where Hercules killed the Giants he had enticed from the protection of Mount Olympus. Today, the craggy rocks which surround Mykonos are still said to be the bodies of the giants, turned to stone and buffeted by the sea for all eternity.

Part of the Cyclades, Mykonos may not have provided a safe haven for the Giants, but its calm blue waters and pretty whitewashed towns are a peaceful, perfect twenty-first century retreat. There are two particularly fine properties from which to enjoy all the delights, day and night, that Mykonos has to offer. 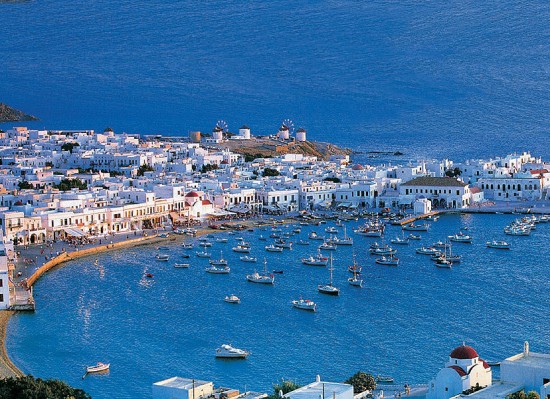 Villa Anna sleeps ten in stunning surroundings, and is located in the ritzy area of Agios Lazaros. It has its own private salt water swimming pool as well as access to a private beach, all part of the elegant Santa Marina Resort. For entertaining, its outdoor dining area seats twelve comfortably, and there are plenty of nearby places from which to purchase authentic local specialities and fine wines. For further convenience, the airport and port of Mykonos are both just a ten minute drive away.

There is plenty of access to other aspirational amenities from Villa Anna too. The private beach offers water sports and a sailing deck, and wine tours, cookery classes and bespoke private tours can also be easily booked. The Melting Pot is a hugely popular local eaterie offering casual dining and much-loved breakfasts. 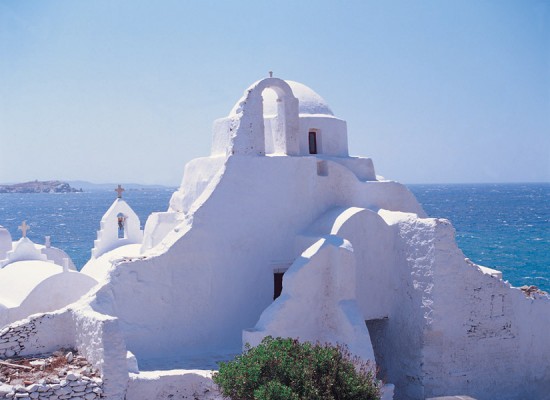 On the South East side of the island, right on Lia Bay, lies the splendid Aegean View villa, featured in the best interior design magazines in the world. It is hewn from local stone in such a skilful way that it appears to be emerging from the rock and its natural surroundings. It has also perfected indoor/outdoor living, with terraces, patios and garden spaces running seamlessly around its living quarters. It sleeps eight across four bedrooms, and offers a large infinity pool and gorgeous vistas from every window.

Elia Beach and Ano Mera village provide a variety of dining options on the doorstep of Aegean View, from traditional tavernas, which still abound on Mykonos, to high end formal restaurants. In terms of tavernas, the choice is quite overwhelming, but To Steki Tou Proedrou is consistently popular for its well-executed, great value local dishes. Oti Apomeine is another charming little restaurant and perfect for those seeking a Greek island cuisine sampler as it offers small tasting plates.

For a worthwhile excursion, Chora is the biggest town on the island and boasts designer boutiques as well as being home to Space Club, the famous nightspot. Mykonos has a well-deserved reputation for after dark entertainment, but for those seeking relaxation, it also has a plethora of wonderful beaches, including the famous and aptly-named Paradise Beach. The little Chora Museum offers a quick dose of culture and archaeological remains as a break from clubbing and sun-worshipping. 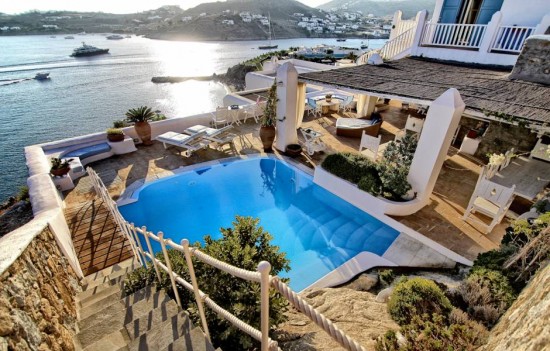 The magic of Mykonos lies in its low key combination of so many different attractions – natural beauty with cosmopolitan bustle and shopping, tranquil sea views with world class nightlife and excellent restaurants. It may no longer play host to Zeus and Hercules, but it is still a must-visit destination for those seeking a contemporary, yet timeless, Greek adventure of their own 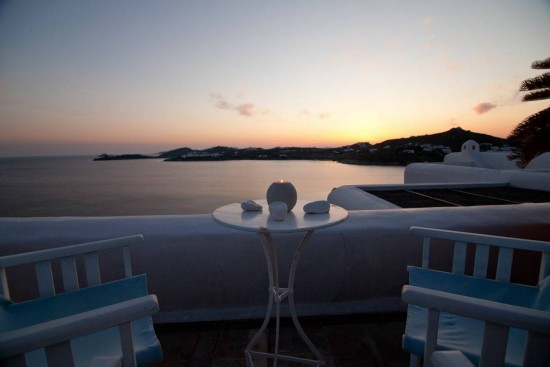 For places to stay while in Mykonos, please have a look at entire villa portfolio here.