Despite being very much part of Italy, Sardinia is also an island with a remarkably distinctive identity and a whole range of its own traditions and dialects. Though the export industry is growing, Sardinian culture is one in which lovely things are made to be enjoyed in the place and environment where they were created, making it one of the very few places left in Europe where its most prized native delicacies and crafts will be new discoveries for most. 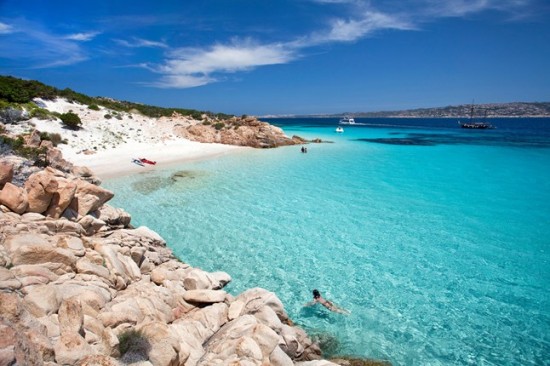 There is, of course, the famously ritzy (and pricey) Costa Smeralda. Any international luxury brand can be found here. Porto Cervo, the nerve centre for the mega-wealthy, even has its own outpost of Harrods. Despite the riches apparent everywhere, off season it’s a perhaps surprising place to bag a bargain in Versace or Prada, with some less astronomical seasonal promotions. 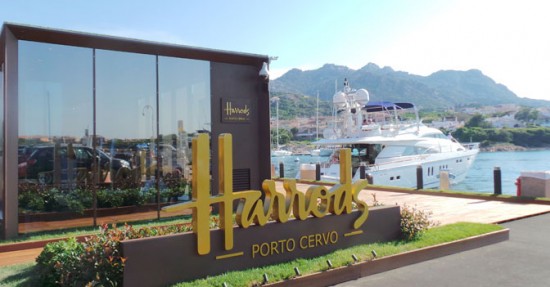 Cagliari, the capital, is also disproportionately rich in high end and quality items. The huge pedestrian thoroughfares Via Manno and Via Garbaldi rival any shopping streets elsewhere in Europe, as do the entire shopping districts of Via Paoli and Via Dante. 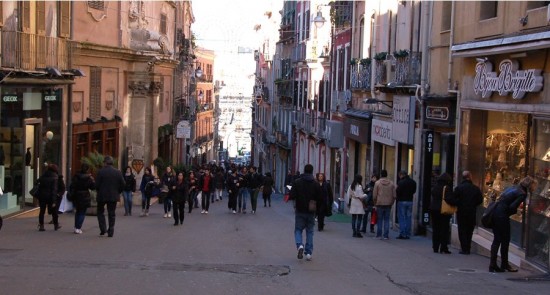 Via Manno, photo via comunecagliarinews.it

Long before the Emerald Coast and Cagliari entered the stratosphere of the global jetset, Sardinia was known as a go-to place for luxury goods. Indeed, for centuries it has been a hub for both the finest quality olive oil and the luxury seasoning saffron. The only downside of sampling the regional wines is that varieties such as Cannonau or Mandrolisai are exceptionally hard to find outside the country.

The fruits of its rich sea life are enjoyed by visitors and locals alike, with the mullet and sea urchins frequently-recommended purchases. The really brave or macho can transgress current EU regulations and purchase the infamous Casu Marzu, a cheese delicacy alive with thousands of maggots typically washed down with a very robust local red.

No Italian traveller can ignore the culture of outdoor shopping, and Sardinia shares the same plethora of markets as the rest of the country. What makes Sardinian markets exceptional, however, are the indigenous crafts and produce. Sardinia developed in relative isolation, and retains ancient traditions and artisan skills which ensure that many items are available which really cannot be bought anywhere else. Few can resist the simple charm of the local peasant bread Civraxiu, or the beloved local liqueur, Mirto which, as the name suggests, is made from myrtle berries infused with honey. San Benedetto market in Cagliari is widely recognised as the place to go for seafood. Linen, cork and basketwork products are fail-safe market purchases. Sardinia is famed for beautiful knife craft too, although sadly this may be harder to explain to customs offcials. 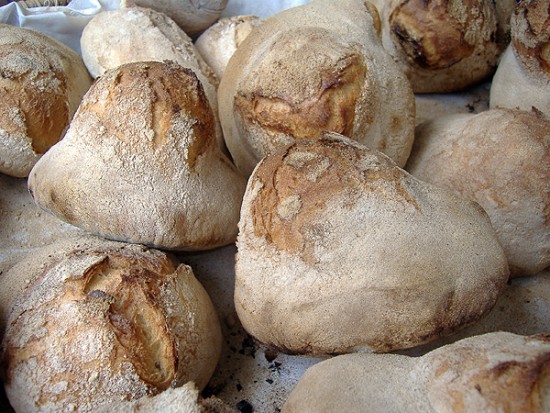 At the heart of Sardinia’s beguiling shopping experience are its quirky boutiques, often more evocative of Morocco’s Essaouira or Berlin’s Mitte than they are of other Italian retail districts. Durke in Cagliari is a cult classic with gourmets and people-watchers, as is Olbia’s Anticas Licanzias. 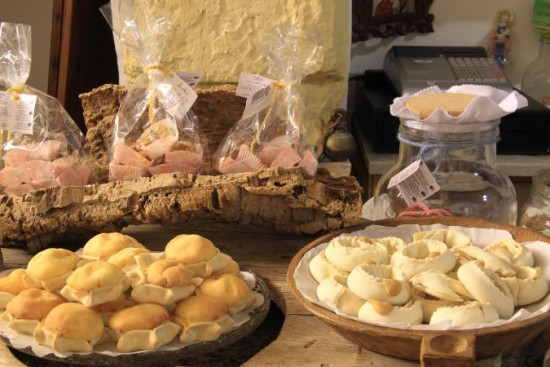 ArteJana in the capital has rapidly gained a strong reputation for one-of-a-kind homewares and vintage, particularly paintings and ceramics but also religious icons, clothing. Esmeralda Bazar in Porto Cervo is a carefully-curated collection, with natural materials providing an effective foil to the linens, laces and soft furnishings. 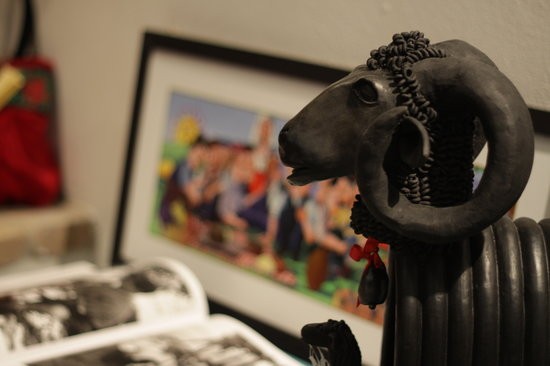 Though the speeding sports cars and mopeds might seem proof to the contrary, Sardinia operates on island time. Unlike the right here, right now vibe of Rome and Milan, the vast majority of Sardinian shops, across all tastes and demographics, encourage browsing, chatting, and soaking up the atmosphere, whether or not the cash register rings as a result. Beautiful homemade Sardinian gifts are always appreciated, but it is also one of the world’s best places to buy stylish keepsakes and conversation pieces for yourself.